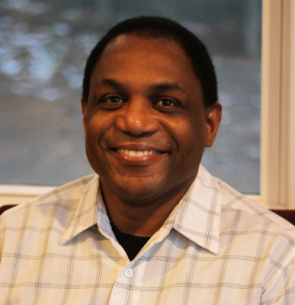 PANEL: Developers Talk about How They Won a Dept of Ed Grant

Andrew Grant-Thomas is co-founder and co-director of EmbraceRace, a national nonprofit that supports parents, educators and other caregivers to raise children who are thoughtful, informed and brave about race. Previously he was the director of programs at the Proteus Fund, a national foundation committed to advancing justice through democracy, human rights, and peace; deputy director of the Kirwan Institute for the Study of Race and Ethnicity at the Ohio State University, where he oversaw much of the institute’s U.S.-based and global justice programming; and senior researcher at the Civil Rights Project at Harvard University, where he oversaw preparations for the 2003 Color Lines Conference and managed a range of policy-oriented racial justice projects. He earned his bachelor’s in literature from Yale University, his master’s in international relations from the University of Chicago, and his Ph.D. in political science from the University of Chicago. He immigrated from Jamaica with his parents at age 7. He and his partner are parents to 10 and 13-year-old girls.

FUNDING AND CONTRACT OPPS FOR DEVELOPERS