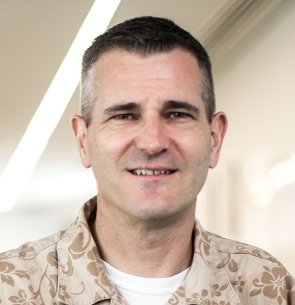 Skills WORKSHOP: Learn About, Make Your Own Wargame

SFC Chris Keeling has over 24 years in the US Army in active and reserve capacities, including deployments for peacekeeping and combat, and service in the infantry, special operations, and intelligence components. He has developed military training simulations for the US Army and virtual reality simulations for civilian law enforcement and DoD security forces, He has also worked on commercial video games, including America’s Army, Order of War, Worlds of Tanks, Panzer Elite, Master of Orion, and others, and holds an MFA in Video Game Production and Design.