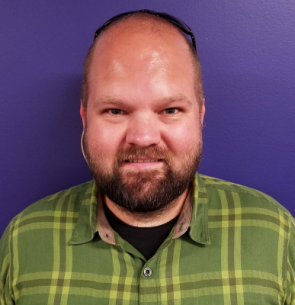 Play at Home - Starting a Children's Museum in Quarantine

Chris McEachron has long been excited about experiential learning – how it works, why it works, and what we can do to enhance the process. After getting an undergraduate degree in Outdoor Recreation, I became a wilderness leadership instructor working with college-age individuals. I thought that experiential education simply meant “not lecture” and “mostly outside.” As I continued to work in the field, I discovered that my definition of “Experiential Education” was beginning to get more broad. Soon, I found myself attending graduate school for Experiential Education while working as a Playworker in a children’s museum. I realized then that all of the experiential learning examples that I had been searching for and attempting to facilitate were readily apparent in every child. After earning my Master’s degree, I accepted a role as the Education and Program Manager and began to put my theories on experiential learning into practice. While in this position, I built increased capacity for staff development, experiential learning, and open exploration. When the pandemic struck, I knew that the idea of a children’s museum would have to change. I took a risk and moved to Brainerd Minnesota to build programming for a children’s museum that didn’t yet exist. The goal was to use programming to get community input into what they would like their children’s museum to be. So began what would ultimately be a very ambitious and rewarding journey into remote play.