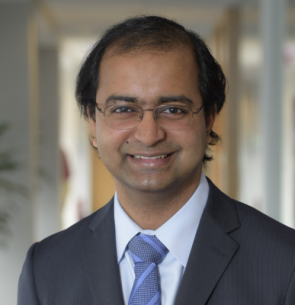 Why XR is the Future of Force Readiness in Medicine

Karthik V. Sarma is co-founder and Chief Technology Officer of SimX. A computer scientist with extensive experience in medicine, bioengineering, health policy, and virtual reality, Karthik has led the development of the SimX platform since co-founding the company in 2014 and is a leading expert in virtual reality training and simulation. In addition to his scholarly work, he has been the recipient of grants to support his research efforts, including a prestigious NIH F30 fellowship. He has also served as principal investigator of SimXâ€™s existing intramural and extramural research programs, including the USAF VALOR program, a collaboration between SimX, AFSOC, and AFVentures.

Outside of his work at SimX, Karthik has an academic research appointment at the David Geffen School of Medicine at UCLA. He has extensive experience in public health and organized medicine, and was formerly on the Board of Trustees of the American Medical Association and the California Medical Association.