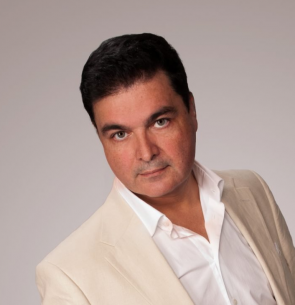 The Play's the Thing: Serious Efficacy from Training to Accreditation

Khal Shariff, Founder and CEO of Project Whitecard Inc., is an award winning creative & technical talent with over 15 years of development experience. A much sought after speaker at industry and forward-looking events, including several on behalf of the Canadian Embassy, Khal maintains a very high profile in the industry, leads Serious Games Canada, and consults to a number of industry conferences. Khal is a technical specialist and creator of web-related technologies and national streaming media, with an extensive background in the software life cycle, and has completed a J2EE certification at Ryerson University, and the ISSD Diploma program at the University of Winnipeg. Khal delivered the final course in E-Commerce at the U of W on 3 occasions, and has designed a new Masters Certificate in Serious Games in 2010. Khal is very happy as the CEO of Project Whitecard and lends his expertise to the burgeoning crew, having served as lead programmer on the gold-medal winning game for the Canadian Space Agency, RoboMath.

In 2011, Khal was nominated as an Ernst & Young Entrepreneur of the Year. Also in 2011, Khal was selected as a presenter at TEDx Winnipeg, and at X-Summit, Toronto, on behalf of the Canada Media Fund. Most recently, Khal has been proud to receive a Gold Medal from The International Serious Play Awards, for RoboMath, on behalf of Project Whitecard. In 2012 Khal and Project Whitecard, together with NASA and the Center for Educational Technologies won the top award at the Mozilla/HASTAC Digital Media and Learning Competition, to create a website that issues badges for completing online Science, Technology, Engineering and Mathematics learning achievements.

In 2017 Khal began developing DoVille, a serious game (of cognitive exercise) for senior citizens, which has launched on Oculus headsets to 5 star reviews.

Since 2017 Project Whitecard has developed 5 government-sponsored training programs in driver training in virtual reality with the biggest debut occurring later in 2021.