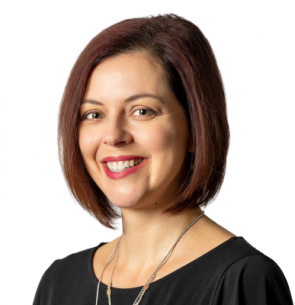 PANEL: Finding Funding from the Department of Defense

Leslie Faircloth began her career as a Navy Contracting Intern in May 1997 supporting the Naval Air Warfare Center Training Systems Division (NAWCTSD). She worked as a Contract Specialist on multiple R&D efforts in support of training and simulation until becoming a Contracting Officer & Team Lead for the Program Executive Office for Simulation, Training and Instrumentation (PEO STRI) in January 2007. During her tour of duty with PEO STRI, she was responsible for overseeing her team’s efforts to award and administer many complex, multi-million dollar contract actions in support of supplies and services for Army training and its Foreign Military Sales customers, including several upgrades to the Multiple Integrated Laser Engagement System (MILES) live training product line. She also served as the Interim Associate Director for Small Business at PEOSTRI in 2007, standing up PEO STRI’s first iteration of its Small Business Office, establishing PEO STRI’s first local policy covering execution of the Small Business Program and compliance with Small Business regulations. She has served as a Source Selection Authority on multiple complex, competitive contracting actions both with Small and Large business participation. In October 2015, Ms. Faircloth accepted her current position as Deputy for Small Business programs at NAWCTSD where she oversees the execution of the Small Business Program by serving as a resource and partner to the NAWCTSD competencies and customers as well as the Industry Outreach POC for Small Businesses.