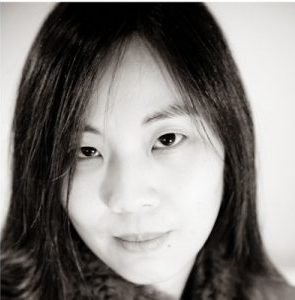 Sande Chen is the co-author of Serious Games: Games That Educate, Train, and Inform. As a serious games consultant, she helps companies harness the power of video games for non-entertainment purposes. She has spoken at conferences around the globe, including the Game Developers Conference, Game Education Summit, SXSW Interactive, Serious Play Conference, and the Serious Games Summit D.C.

In 2020, she was awarded the Women in Games Global Hall of Fame Award. Her career as a writer, producer, and game designer has spanned over 15 years in the game industry. Her game credits include 1999 Independent Games Festival winner Terminus, MMO Hall of Fame inductee Wizard101, and the 2007 PC RPG of the Year, The Witcher, for which she was nominated for a Writers Guild of America Award in Videogame Writing.

Sande Chen holds degrees from the Massachusetts Institute of Technology, the London School of Economics, and the School of Cinema-Television at the University of Southern California. Her primary research interests are in educational game design and childhood learning. Her in-depth articles on serious game development have been published in Gamasutra, GameDev.net, and Game Creation.