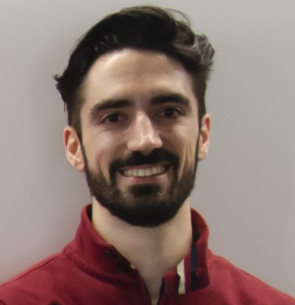 Vasco Torres has always been passionate about games, he grew up playing games not only as a form of entertainment but also as a means to learn, from languages to new technologies. It was also through games that he developed his interest in computers and computer science, and later understood that this was his true vocation.

Since 2012, Vasco has developed and designed single and multiplayer games as well as immersive learning experiences for Windows, Android, iOS, WebGL, Oculus Rift, Oculus Go, and Oculus Quest. As a full-stack developer he mainly uses Unity, Play!, C#, Java, JS and MySQL. His current focus is on Virtual Reality and Artificial Intelligence.

He started his journey as a game developer while he was still studying. His first game was created on his free time, which became an Internet sensation with Youtubers and Streamers, having hundreds of thousands of gameplay videos with more than 50 million accumulated views. This project also became the focus of his MSc’s dissertation where he used biofeedback to control the different game mechanics. He has co-authored several papers derived from his dissertation. After finishing his MSc in Computer Software Engineering, he joined a studio where he produced an original title and maintained a couple others.

Vasco is a Co-founder and CTO of inciteVR. With an extremely talented team that has been working together for many years, inciteVR specializes in the production of engaging and delightful immersive learning products for higher education and professional training.

Vasco is an avid gamer, does CrossFit, loves nature, traveling and has a passion for learning musical instruments. He also have a quest to visit all 7 continents, which is at 57% completion.